Finance the FutureBe the future of public finance

Tower Hamlets has been named as a 4 star council by the Audit Commission and is now one of the ten most improving councils in the country. We have Investors in People status council-wide and are also proud to have achieved Level 5 (the highest level) of the Equality Standard.

We are one of the UK’s most culturally vibrant and diverse areas. The borough is densely populated, with over 200,000 people living within eight square miles at the heart of London’s East End. The borough includes a number of London’s famous attractions including the Tower of London, Tower Bridge, Columbia Road Flower Market and Billingsgate Fish Market. The attractions of Bangla Town bring in thousands of tourists every year. It is also home to some amazing buildings like those at Canary Wharf and the RIBA award winning Idea Store in Whitechapel.

Tower Hamlets has won praise and recognition for its parks and open spaces, including the outstanding Mile End Park and Victoria Park.

The borough has for centuries welcomed and been home for many immigrants to Britain. Today, some 49 per cent of residents are from black and minority ethnic (BAME) communities; 33 per cent are of Bangladeshi heritage, and there are also sizable Somali, Caribbean, Chinese, Vietnamese, Indian and Pakistani communities.

Local people are proud of their history of tolerance and mutual respect and the borough is regarded nationally as a beacon for community cohesion. 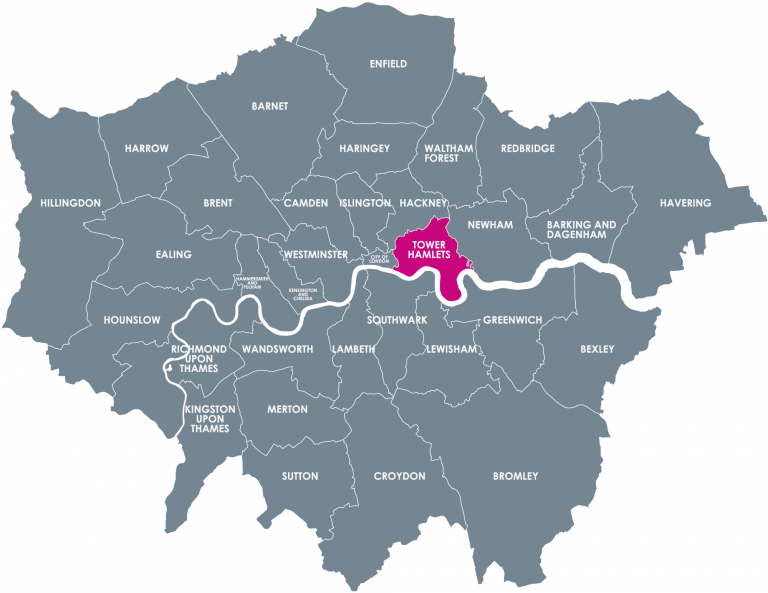 Crossrail will provide a step change in improved public transport capacity to the borough and act as a major catalyst for further regeneration. Two new Crossrail stations are proposed in the borough at Whitechapel and the Isle of Dogs. The borough supports the project in principle but has consistently striven to reduce the environmental impacts of such a massive engineering project.

Ready to be the future of public finance ?
We are now open for our 2021 Graduate Opportunities
APPLY NOW